Low Wray Campsite is on the western shore of Windermere, and has traditional tent pitches with lake, meadow or woodland views. Glamping options include camping pods, suspended tree tents or, new for 2020, safari tents. These have woodburners, cooking stoves and decking; the smaller tents are open-plan (sleep four) and the bigger ones have two bedrooms (sleep six). Guests can swim in the lake or hire canoes, kayaks, rowing boats and paddleboards to explore further, or rent mountain bikes to hit the woodland trails. Also new this year is the Dough Wray cafe, serving wood-fired pizzas. Other things to do include bird-watching from the on-site hide, orienteering on a dedicated trail, bat spotting with detectors, and walking along the lakeside path to Wray Castle. The Beatrix Potter Gallery is an hour’s walk away and there are boats across the lake to Ambleside in the summer.
• Tent pitch from £10, pod £30, tree tent £100, safari tent from £300 for a three-night minimum stay. Open 27 March to 1 November, nationaltrust.org.uk

The hostelling movement is often associated with the countryside, but the YHA’s official objective places equal value on young people accessing the “cultural values of towns and cities”. Its two new urban hostels, Newcastle Central and Liverpool Central, take its city-centre properties to 23. And there are few UK cities with a richer cultural heritage than Liverpool. Families can take a ferry across the Mersey (an £11/£7 explorer ticket includes a visit to U-boat Story) and choose from numerous museums and galleries – the Museum of Liverpool, Tate Liverpool, Walker Art Gallery, Maritime Museum and World Museum all have child-friendly exhibitions, while the International Slavery Museum is suitable for older children. Further afield are Knowsley Safari Park, Chester Zoo and the seaside at Southport. The new hostel, a stone’s throw from the Cavern Club, has a lively atmosphere – families with younger children might prefer to stay at YHA Liverpool Albert Dock, which is quieter.
• Rooms for four from £39 a night, for six from £49, suites for six from £59, 25% off if you book by 4 February for stays before 24 April (including school holidays) with code JANSALE-020, yha.org.uk

Families can stay in wooden wigwams (pictured) on Springhill Farm, a 400-acre sheep, cattle and arable farm between Seahouses and Bamburgh on the Northumberland coast. Each wigwam has its own grassy area with picnic table, barbecue area and firepit. There are also cottages and lodges, plus camping and caravan pitches. Seasonal activities include planting wildflower meadows, trimming willow hedges, feeding animals and arts and crafts sessions. It is a short walk to huge empty beaches; a mile to the fishing village of Seahouses, for boat trips to the Farne Islands; and three miles to Bamburgh and its magnificent castle (guests get 10% off castle admission and under-fives go free).
• Tent pitch from £20 a night for three, extra person £2, wigwams £25pp a night (sleep five), springhill-farm.co.uk

St Ives is hugely popular, so it can be difficult to find affordable accommodation, especially for a short break. Enter Cohort Hostel, which has family rooms suitable for children aged three and above, no minimum stay and an environment policy. It is a five-minute walk to the beach, where the whole family can have a go at surfing, paddleboarding, coasteering or kayaking. The Kidz R Us youth theatre next door stages musicals during school holidays and pantos at Christmas, while Tate St Ives has family art workshops every Sunday in term time, and daily in the holidays. It is a 20-minute drive to Marazion, where at low tide visitors can walk the 500 causeway to St Michael’s Mount’s medieval castle.
• Family rooms (sleep four) from £79, stayatcohort.co.uk

The Slate Mountain former mine near Blaenau Ffestiniog is now an adventure hub. Families can try an off-road Slate Mountain Adventure tour in an ex-military truck, then head into the belly of Llechwedd mountain on Britain’s steepest cable railway; explore the caverns on an underground zipwire course; try subterranean trampolining at Bounce Below; or fly down Titan, a four-person, 1,890-metre zipline. If the caverns don’t appeal, Antur Stiniog bike park has 14 downhill mountain bike trails, including a beginners’ trail, and a lift service. Stay in the heart of the action at Slate Mountain Glamping, with six safari lodges (pictured) on a steep hillside overlooking the quarries. In June, the former quarry owner’s house, Plas Weunydd, is reopening as a 24-room hotel with family suites and a child-friendly restaurant.
• Safari tents sleep four from £90 a night, llechwedd.co.uk. Hotel rooms for four from £120 a night, plasweunydd.co.uk

Gulabin Lodge Outdoor Centre in Glenshee has family rooms with two sleeping levels – kids will have fun on the mezzanines. There are two shared sitting rooms with log fires, plus a kitchen, dining room and drying room; the lodge sleeps 41 in total. That drying room will come in handy in the winter, when the main activities are skiing and snowboarding at Glenshee Ski Centre. In the summer, families can try a host of sports such as climbing, canyoning and canoeing. Despite its scenic setting in Highland Perthshire, the centre is just an hour’s drive from Perth and Dundee.
• Family rooms for five from £85, for six from £95; packages from £99 adult, £59 child, including two nights’ accommodation and two days of activities, gulabinoutdoors.co.uk

There are 27 tent pitches, three bell tents and two camping pods at Wimbleball Lake campsite in Exmoor national park. The bell tents and one pod have double beds for the grownups and camp beds for the kids (the other pod has bunkbeds for everyone). It is the perfect place to get back to nature, building dens, climbing trees or skimming stones. Campers can walk up to Hadden Hill to spot the Exmoor ponies; visit the reservoir’s 50-metre-high dam; cycle on off-road trails; and kayak or paddleboard on the lake. After dark, there are firepits for toasting marshmallows and telescopes for stargazing – Exmoor was Europe’s first dark skies reserve.
• Tent pitch for four from £18, pod £35, bell tent £65 (minimum two nights), southwestlakes.co.uk

Coastal Cabins has 10 stylish chalets grouped around a fishing lake near the village of Hartland. Five sleep two and the rest are for families, with a kingsize bed, a bunkbed, a little kitchen and shower room, and a deck with a picnic table and a barbecue. If the sun isn’t shining, there is also a cosy barbecue cabin with a huge central grill that seats up to 25. Fishing in the lake is free and there is an on-site “wild spa” hot-tub area. It is just over a mile to Hartland village, and the South West Coast Path and sandy beaches are the same distance in the opposite direction. There are several attractions within a 20-minute drive, including the Big Sheep, which has daily sheep races, rides, indoor play areas and other activities.
• From £69, coolstays.com

Kip Hideaways is a new collection of small, affordable places to stay across Britain. The family-friendly properties include a floating cabin in Pembrokeshire and three hidden huts on the Isle of Sheppey, Kent – but perhaps the most exciting are a group of six treehouses in ancient woodland near Machynlleth. Reached by spiral stairs and wobbly bridges, the pods are clad in larch to mimic giant tree trunks. Inside, they are cosy spaces with Welsh blankets, woodburners and lanterns. They are off-grid, with solar lighting, water evaporation fridges, and wood-fired showers and hot tubs. Children can play in the woods, which are home to otters, hares, badgers and buzzards, or go mountain-biking. It is a five-mile drive to Cadair Idris, a mountain suitable for kids to climb, which also has glacial lakes to swim in.
• Treehouses sleep four from £190 a night, kiphideaways.com

A converted barn in Shingle Street, a hamlet on the Suffolk coast, is suitable for families with teenagers. As well as the two-bedroom, two-bathroom barn, there is a drover’s hut in the garden so teens can have their own space: it has a living/sleeping area and a shower room. The main property has an open-plan kitchen and living room with woodburner, and views over the fields to the sea. There is a plunge pool in the garden and a games barn with table tennis and table football. The beach is a short walk away – a good spot for windsurfing and birdwatching – and there are footpaths to Felixstowe or Orford, via a couple of foot ferries. The closest pub is a mile-and-a-half away in Hollesley, and there are plenty of restaurants in the nearby market town of Woodbridge.
• From £790 for seven nights, sleeps six, originalcottages.co.uk

Family holiday planner: a year of day trips, minibreaks and weeks away

Thu Feb 6 , 2020
Tweet     FEBRUARY HALF-TERMPost Contents1 FEBRUARY HALF-TERM2 EASTER HOLIDAY3 MAY HALF-TERM4 SUMMER HOLIDAY5 OCTOBER HALF-TERM DAY TRIP: Puppet-making, lights and fairytales in Norwich Budding animators will be in their element at Norwich Puppet Theatre, which has excellent children’s workshops this half-term, along with performances of Goldilocks and Puss in Boots. Youngsters […] 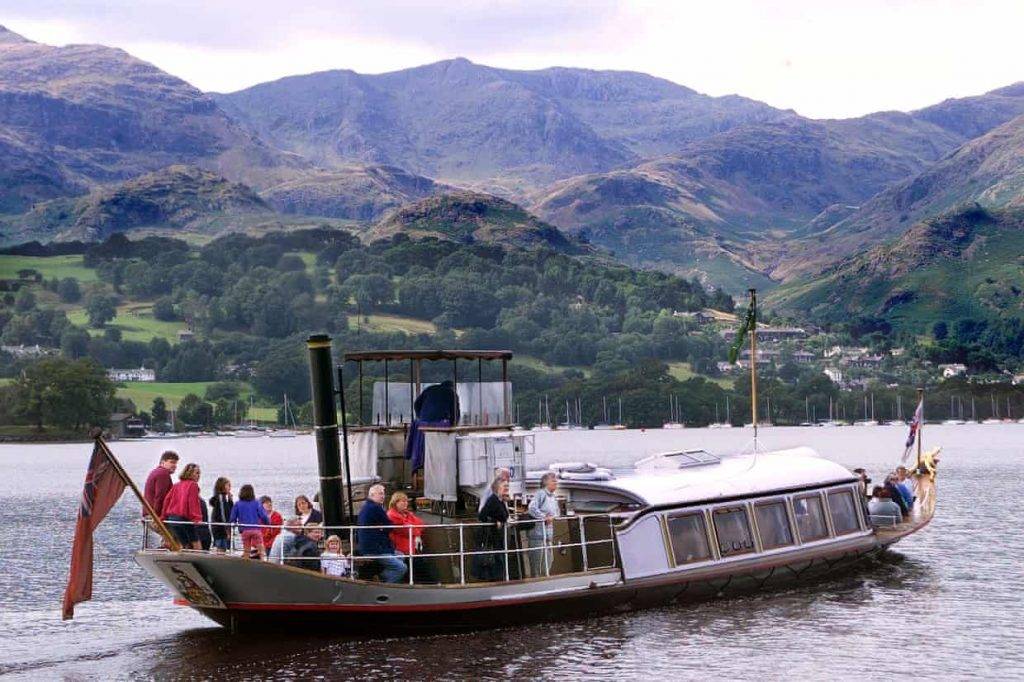