Living in Paris, I am used to getting a surprised look from French friends when I tell them I am off for a fun weekend in Brussels. For sure, this may not be a top-10 destination for sightseeing, though the monumental Grand Place, with its ornate guild houses and palaces, ranks alongside Venice’s Piazza San Marco as Europe’s most breathtaking square. But the Belgian capital is forever reinventing itself with hip new places to stay, restaurants, bars and nightlife, as well as shopping that spans designer fashion boutiques to vintage bargains at one of the great authentic flea markets on the Jeu de Balle square.

Every weekend there is an event taking place, from the funky Food Truck Festival to nonstop concerts and street theatre in Brussels Summer Festival, followed by Design September and Brussels Fashion Days in October. There’s some serious partying during Belgian Beer Weekend (2-3 September) and the month-long traditional Christmas market.

Tourists are always made to feel welcome in this cosmopolitan city, long used to playing host to an army of Eurocrats; but what really makes the place special are the Brusseleirs themselves – they are droll people, with their own dialect, and they rise above the political bickering between Belgium’s Flemish and French-speaking communities, and succeed in making Brussels an independent domain all of its own.

WHAT TO DO AND SEE

This unique venue, which opened last year, spreads over immense railway workshops that resemble the set of a sci-fi movie. An extraordinary route takes you past 22 locomotives, from an early steam train, past first world war coaches, the royal carriage and futuristic high-speed train simulators. The Train Hostel is next door (see below).
• 5 place Princesse Elisabeth, Schaerbeek, trainworld.be

Comics are ingrained in Belgian culture, and it goes way beyond Tintin. This surprising museum – housed in a building designed by Horta – is for anyone interested in what is proudly known here as the 9th Art. The Center’s specialist outlet Slumberland (there are six more shops in the chain around the country) is the gold standard. It has offered European, American and Japanese comic art since 1989 and is one of the largest comic shops in Europe. It can be dizzying just browsing its selection of genres, styles and languages.
• 20 rue des Sables, comicscenter.net

Brussels has its fair share of headliner museums, from the Royal Museums with their Rubens and Bruegels to the matchless collection of the Magritte Museum. But the Bozar offers something different – an irreverent, eclectic, challenging fine arts centre, a mirror image of the city itself. Housed in a signature Victor Horta building, whose art nouveau designs define the city skyline, the Bozar offers offbeat exhibitions, classical concerts, world music and film festivals.
• 23 rue Ravenstein, bozar.be

Brussels has a host of colourful foodie markets, from the north African souk that surrounds the Midi Station on Sunday morning, to fashionable Place du Chatelain on Wednesday evening. But Sundays at Place Flagey, alongside a lake and gardens, is a festive affair, with foodtrucks offering organic veggie dishes, succulent burgers, oysters, and champagne at €4 a glass.

The city is a goldmine for vintage fashion bargains, with dozens of boutiques around town. But on the first Sunday of each month, the red-brick Saint-Géry market becomes the Vintage Market, filled with stands selling everything from rare vinyls to classic Chanel bags, timeless Dries Van Noten designs and outrageous Elvis Pompilio hats.
• First Sunday of the month, Halles Saint-Géry

If you track down just one vintage store, make it Bernard Gavilan’s tiny boutique, crammed with so much stock it is almost intimidating to just walk in. But Bernard, a Brussels institution known as the “pharaoh of style”, will find anything you want, from rare 70s sneakers to the multi-coloured jackets favoured by Belgian rapper Stromae, who – of course – gets them here. Gavilan is also a cult DJ, so ask where to go clubbing at the weekend.
• 162 rue Blaes, bernardgavilan.be

In the hipster Saint Jacques neighbourhood, surrounded by exotic Brazilian, Cuban and Ethiopian eateries, this minimalist restaurant pays homage to Belgium’s unofficial national dish: stoemp. This is a hearty mash of potatoes and vegetables, traditionally served with a couple of juicy sausages. Madame Chapeau deconstructs the dish, letting you choose your own mixture of vegetables, accompanied by cod, beef or endives for vegetarians, as well as pork and duck bangers.
• Mains from €16.90, 94 rue Marché au Charbon, +32 2 514 40 44, madamechapeau.be

A night out in the buzzing African Matongé quarter is always going to be lively, and a great place to start the evening is with a rum punch at this friendly Congolese canteen. Great music and delicious, cheap chicken dishes like mafe, cooked in a rich peanut sauce, or yassa, marinated in lemon, onions and chillies, plus vegetarian platters and the house speciality: grilled goat and plantains.
• Mains from €6, 10 rue Longue Vie, +32 486 30 26 40, on Facebook

Overlooking the Jeu de Balle flea market, a grand old fire station has been converted into a fashionable all-day diner, serving inventive and reasonably priced dishes: smoked pork with organic carrots; grilled scallops on a root vegetable puree. It brews its own Pin Pon craft beer, and the chocolate mousse and caramel tart are to die for.
• Mains from €12, 62 Place du Jeu de Balle, +32 2 540 89 99, on Facebook

Sang-Hoon Degeimbre, a chef with two Michelin stars, has finally set up shop in Brussels with this casual restaurant, where clients eat with just a spoon from a variety of bowls brimming with tasty seasonal produce – confit beef cheek with smoked potato mousse, foie gras, sherry and crunchy mushrooms, white beans, mussels and squid. Reservations a must.
• Lunch €28, dinner €55, 19 rue de Flandre, +32 2 318 19 19, sanbxl.be

Craft beer is booming in Brussels

The tap room of the new Brussels Beer Project offers 15 draughts, including its Dark Sister stout and Delta IPA. Alternatively, taste the latest brews as they are made in the minuscule garage brewery, En Stoemelings. For more traditional Trappist ales, a fruity cherry kriek or a cloudy gueuze, stop off at a traditional estaminet bar, like A La Mort Subite, or the Poechenellekelder, right by the Manneken Pis statue.

READ  French leave: fun places to stay on four routes to the south of France

There are half-a-dozen raucous cafes surrounding the Jeu de Balle flea market, filled from early morning with market traders and bargain hunters. La Brocante offers a choice of 200 beers, and at weekend lunchtimes a live band performs, with most of the customers singing along to Jacques Brel renditions.
• 170 rue Blaes, on Facebook

Best bet for a wild night out has to be this decadent speakeasy-meets-vaudeville club in the heart of the hip Sainte-Catherine quarter. It’s easy to spot, as there is invariably a long queue outside, but worth the wait for the kitsch cabaret interiors, cheap drinks and top dance music. Each night is different – DJs or live bands, 60s rock, funk and soul, 80s disco. Just around the corner, a sister club specialising in electro, La Vilaine (12 rue de la Vierge Noire), has just opened in a stylish art deco building.
• 5 quai au Bois à Brûler, madamemoustache.be

This legendary temple of techno continues to be one of the best dancefloors for a Saturday night out. Fuse spreads out over three levels, with the music ranging from house and jungle to hip-hop. The entrance charge, which varies for each DJ, doubles after midnight.
• 208 rue Blaes, fuse.be

An intimate, under-the-radar bar tucked away alongside the raunchy nightlife haunts that surround the Saint-Géry market, Lord Byron is known for its classic cocktails, such as martinis and cosmopolitans, and wide selection of whiskies. Doors officially close at 4am, but it often carries on serving.
• 8 rue des Chartreux, no website

This has to be both the best pre- and post-clubbing bar, as the doors rarely close before dawn at the weekend. Tucked away in a backstreet just off the tourist-filled Grand Place, the tiny, chandelier-lit Bonnefooi is unpredictable, which is why it is so popular. It has a good choice of beers and creative cocktails, and the music might be a DJ spinning 70s vinyls, drum’n’bass or a live jazz band.
• 8 rue des Pierres, on Facebook

Opened last year, this unique 200-bed hostel is next to Train World, and guests can sleep in comfy four-bed dorms, authentic couchettes in actual train compartments, or splash out for the retro luxury suite in a carriage balanced on the roof. It’s in the Schaerbeek neighbourhood, a 15-minute tram ride from the centre.
• Bunk beds from €20, train suite from €99, trainhostel.be

The 47 rooms of this grand 1900s mansion have just been fashionably renovated, finally offering a smart address in this fast-changing neighbourhood, perfectly situated between the multicultural Midi Station and tourist sights around the Grand Place. Just opposite the hotel is Comme Chez Soi, the top gourmet restaurant in town.
• Doubles from €100 B&B, theaugustin.com

Eurostar (from £58 return from London St Pancras) is the ideal way to get to Brussels. Or flights from Heathrow with Brussels Airlines start at £79 return

READ  Dordogne holiday guide: what to see plus the best restaurants and hotels

• This article was amended on 1 and 2 May 2017 to change “drafts” to “draughts” and to remove a section about Bravo, a cafe/bar/music venue that is no longer open.

Sun Jan 19 , 2020
Tweet    Whether you’re counting calories or just want a healthier lifestyle, the warm weather during the summer is sure to help you lose weight and sweat. The brutal heat in summer may lead to dehydration, which in turn can lead to serious health problems like heat stroke and heat exhaustion. And […] 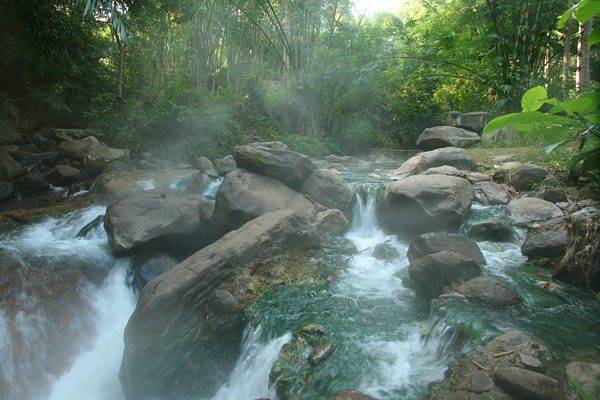