With tiny lanes lined with wildflowers leading to empty coves and rugged cliffs, this magical, often-overlooked peninsula has a timeless island feel – some say the Llŷn is like Cornwall 50 years ago. Welsh is spoken more often than not, and sacred places abound. But it’s not stuck in the past: there’s a strong surf culture around Porth Neigwl (Hell’s Mouth), and you can taste the beginning of a good-food revolution.

The coast starts in rugged fashion on the north side with the towering peak of Yr Eifl, home of Tre’r Ceir, an iron age settlement with some of Wales’s best roundhouse remains. To the south, the coast is gentler – a string of pearly coves with tiny seasonal campsites. And at the distant tip sits Bardsey Island, glimmering across the tidal waters.

There’s been a church here for 1,500 years, and it was once as sacred as Iona in Scotland or Lindisfarne in Northumberland. Take a boat trip from Porth Meudwy to see its Manx shearwater colonies. Beyond charming Aberdaron, a leafy path along a stream leads to the hidden bay of Porth Ysgo, one of the most beautiful spots on this coast. Here are old mine workings overgrown with ragwort and bindweed, and ruined engine houses on the grassy clifftops. Beyond is Porth Neigwl, the wildest beach on the peninsula, and a serene spot for building driftwood fires and bivvying under the stars.

Wonderful views of the peaks of Yr Eifl greet those who travel this coast. A very tricky scramble down a gulley leads to an isolated shingle cove with the huge pyramid rock of Ynys Fawr. Continue on to the main beach below Yr Eifl.
• Park at Trefor quay and follow the coast path west ¾ mile past the old pier; after ½ mile a faint path zigzags down the side of the narrow, grassy gully on the far side of a cove (tricky slab at bottom, be careful).

The main Porthdinllaen beach, with the popular Ty Coch Inn right on the sand – perfect for a pint and a bowl of chips while the kids play on the beach – is superb but also try the quiet shingle beach on the south-western edge of the peninsula, Borth Wen. The coastal flowers in summer are a delight. Walk to the end of the headland for the lifeboat station in a cove and a chance to see seals.

READ  Greece on a budget: locals' tips on where to stay and eat

One of the best little beaches on the Llŷn, this one is west-facing and sheltered, with golden sands, clear waters and an ancient hillfort above. You can even wild camp here: it’s included in the parking fee. The rocks are a good place for bass fishing – we barbecued one, caught minutes before, and scented it with wild thyme.

This remote sand and shingle beach lies below a dramatic section of coast, rich in serpentine and gabbro volcanic rock, green-black and crystalline. It’s reached via a secret valley with intriguing mine ruins (wheelhouse, tunnels). At high tide an offshore rock, once used to moor ships, is fine to dive from.

Said to whistle in certain winds, popular white-sand bay Porth Oer has a National Trust shop and large car park. Walk south along the coast path to sea caves and inland to the ruins of a lookout tower on Mynydd Carreg.

Right by the water on Machroes beach in Bwlchtocyn, this friendly cafe with lots of outdoor seating serves bacon baps, sandwiches, ice-cream and good coffee from its boatyard home.
• mickeysboatyard.co.uk

On the coast path just behind Llanbedrog beach, this gothic mansion, now an art gallery, heritage centre and cafe, serves Llŷn cheeses and beef from the Menai Straits, plus homemade cakes and teas. There are also exhibitions, plays and kids’ holiday messy-art sessions, and don’t miss a wander around the lovely woodland.
• oriel.org.uk

A short stroll from the beach at Aberdaron, there’s great locally caught fish and chips and crab cakes to eat at a long table inside, outside or on the beach.
• On Facebook

On the western tip of the Llŷn, this site has wonderful views out to sea and, if you climb the hilly peak, as far as Bardsey Island. Hot showers (50p) and a little cafe serving bacon butties and homemade cake (weekends and summer holidays), take nothing away from the sense of wild isolation. This is sunset camping at its best.
• Pitch £10–£18 a night, aberdaroncaravanandcampingsite.co.uk

This is a simple sunset site that feels uncrowded even in high season. Flotsam sculptures decorate the site, to encourage everyone to recycle as much as they can, and there are a couple of camping pods. Set back from the cliffs, it’s a 10-minute walk from the small cove, which is great for rock pooling or a half-hour trundle on the coast path to Traeth Penllech beach.
• Pitch £8-£15, penrallt.co.uk

This idyllic stone cottage sits under Yr Eifl mountain, warmed by blankets, a wood-burner and cooking range. Step outside and a vast vista of the mountain opens up.
• Sleeps five, no pets, from £482 for a long weekend or Monday-Friday, underthethatch.co.uk

With a private beach and a grassy field by the sea for house guests wanting to camp, this beautifully decorated complex offers complete seclusion. Perfect for groups, it has three cottages and sleeps up to 14, children can run free, safe from any roads, and there’s a footpath to the village.
• From £1,000 for five nights (cottages for four available in low season), red-welly.com

This is an edited extract from Wild Guide Wales by Daniel Start and Tania Pascoe (£16.99). Guardian readers buying online get a 20% discount and free P&P with code GuardianWales

READ  Cantal, France, holiday guide: what to see plus the best restaurants and hotels 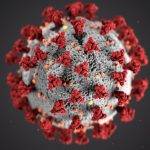 I’ll share with you here what science has to say about strengthening your immune system: 1. Maintaining a high immune system is vital for good health, especially the cognitive and motor functions that make you perform better in everyday life. 2. Influenza viruses do their damage primarily through the production of inflammation-producing molecules in your ...
Read More
What happens to your body when you are stressed? 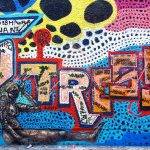 More than just a sore, the body's adrenal glands react with stress hormones to manage the body's potential levels of stress. This includes pituitary hormones that function to make cortisol and dopamine. The well-known "runner's high" is, in part, due to the adrenal gland's reaction to elevated levels of stress. Dopamine is a neurotransmitter that ...
Read More
Reiki Healing Powers 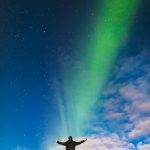 What is Reiki? So you are wondering what Reiki is all about? In essence, Reiki is an ancient Japanese technique that is more than 20,000 years old. Reiki is a practice of therapeutic/caring in which the practitioner channels and focusses energy from energy centres (sacred centres or meridians) located in the patient through the hands ...
Read More
Eating a Ketogenic Diet 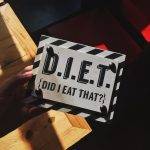 You may have experienced food cravings before because of food intake or decreased carbohydrate intake or because you have stopped eating because of an illness. When these food cravings occur, you may worry that you are eating too much and that your body is not doing its job. However, you do not have to give ...
Read More
How to avoid getting sick while traveling? 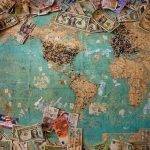 Sick days are a big deal if you have a serious virus. Keeping your immune system strong can prevent you from getting sick even if you were feeling well. One of the ways to stay healthy while traveling is to stay hydrated. Your body needs water to function, so it's a good idea to stay ...
Read More
Short Visit to Budapest What to do and where to stay? 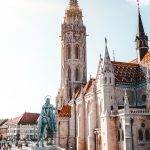 You can argue that hostels are some kind of utopia, that somehow you are in the company of people who share your thoughts and values. You can think that you can read other people and empathize with them. You can use hostels to get away from the routine and the stresses of your day. You ...
Read More
READ  East Sicily: what to see plus the best bars, beaches, restaurants and hotels

Athens city guide: what to see plus the best bars, hotels and restaurants

Wed Dec 18 , 2019
Tweet    ” The revival of Europe’s classical capital has attracted plenty of artists, curators and digital nomads. But it’s entrepreneurial young Athenians who are opening pop-up restaurants, design collectives and guesthouses, regenerating derelict buildings in rough-around-the-edges areas such as Pangrati, Kypseli and Keramikos. Messy and unpredictable, Athens fizzes with an intense […] 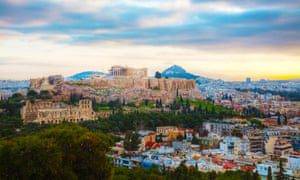